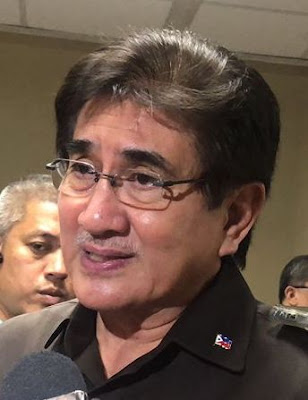 Manila, Philippines – Senator Gregorio “Gringo” Honasan II would be leaving the upper house to become Department of Information and Communications Technology (DICT) Secretary this was confirmed by Senate President Vicente “Tito” Sotto III.
In a radio interview, Sotto said that Honasan is expected to leave the Senate by December, to serve as ad interim DICT secretary while pending approval of his nomination by the Commission on Appointments but could “still function as legislator” until his confirmation as secretary.
At present, the DICT is presently headed by an acting secretary, Eliseo Rio Jr. after DICT Secretary Rodolfo Salalima resigned last September 21, 2017.
Salalima had allegedly told DICT employees that he had had enough of the “corruption and interference” that plagued the department, thus he decided to leave.
President Rodrigo Duterte however denied this instead he claimed that he had asked Salalima to resign for allegedly favoring a telecommunications company.