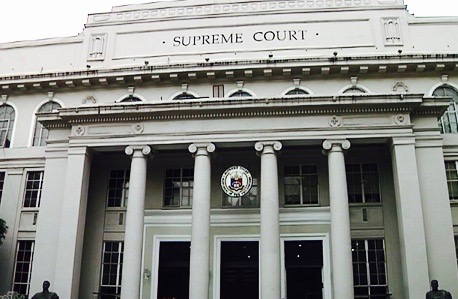 MANILA, Philippines – The Supreme Court has lifted the Temporary Restraining Order (TRO) that prevented the Commission on Higher Education from excluding Filipino, Panitikan and Constitution subjects in college.
In a 94-page decision of Associated Justice Benjamin Caguioa, it declared the K-12 constitutional, and lifted the TRO against CHED’s Memorandum Order No. 20 (CMO20) that excluded Filipino and Panitikan as required subjects in college. The TRO was issued last April 21, 2015 in G.R. No. 217451.
Justice Caguioa’s decision got unanimous votes; Associate Justices Lucas Bersamin, Alexander Gesmundo, and Jose Reyes Jr were on leave and did not cast a vote.
The petitioners argued that removing Filipino subject from the General Education Curriculum (GEC) in college violated Section 6, Article XIV of the Constitution. The provision states that “the Government shall take steps to initiate and sustain the use of Filipino as a medium of official communication and as language of instruction in the educational system.”
However the Supreme Court said that the provision was not absolutely instructive.“Thus, the Court reiterates that these constitutional provisions are only policies that may be ‘used by the judiciary as aids or as guides in the exercise of its power of judicial review, and by the legislature in its enactment of laws.’ The Court reiterates that they do not embody judicially enforceable constitutional rights,” said the en banc