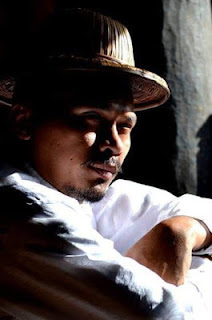 Just as London has No. 10 Downing Street, Cebu City also has No. 9 Escario Street.

The former is the official residence of the British Prime Minister, an address associated with prestige and accorded with such high respect.

The latter used to be Cebu City’s equivalent to the Britons’ premier house. At its prime, No. 9 Escario Street was the most prestigious address in the Philippine’s Queen City of the South.

Situated in an exclusive uptown compound with a formal entryway, huge garage and multiple bedrooms overlooking a large high-ceiling sala and dining area, the Spanish-inspired house sits on an exclusive compound. In older days, its uptown location was far from the city center but very close to the now-defunct Lahug Airport.

Today, the well-appointed house is a mere walk away from the Ayala Mall, the Cebu Business Park, several high-end hotels, government offices and entertainment places.

Upon his return from the US he worked as advertising and sales promotion manager of Marsman Trading Corporation in Manila and then later on became manager of Sears and Roebuck.  He taught business administration classes in Ateneo, FEU and UP; but he collected no salary from UP for there was a policy set by Don Sergio that for as long as he was in public service, no relative of his shall receive remuneration from a government institution.

In 1951, in a hotly contested election for Cebu Governor, Serging managed to get a margin of 20,000 votes over a well-entrenched political family.  He  became the mayor of Cebu for 3 terms in year 1955, 1959 and 1963. He went to congress representing the second district of Cebu( Cebu City, Liloan, Mandaue , Opon, Cordova , Compostela , Consolacion ) in 1958. The Congressional Press Club  voted him as one of the Ten Most Outstanding Congressmen of 1959. In 1965 elections, he became a Senator.

But Serging’s political star started to wane after he was “robbed” of victory in the 1969 presidential election by Ferdinand Marcos. In a hotly-contested electoral exercise marred my massive cheating which later charaterized the Marcos dictatorship, Serging’s political career suffered a massive blow.

Two years later, Serging was among those who suffered serious injuries after a bomb exploded at an opposition rally that he attended in Plaza Miranda.

Confined to a wheelchair, Serging’s health condition gradually worsened until he left for the US for medical reasons the following year. Just two weeks after Serging left the Philippines, Marcos declared Martial Law.

To avoid repression, Serging’s family slowly and silently moved to the US as well. His eldest son, Sergio Osmeña III was only able to catch up with the family after a daring escape from prison.

The rest is history.

Today, the house that Serging left behind serves as a poignant reminder of Cebu’s famous son who passed away on March 26, 1984. Its helipad area may have been sold to a private buyer, but the house has managed to retain a smaller lot in a compact compound maintained by a house staff employed by Serging’s daughter, Minnie Osmeña-Stuart.

A road widening in recent years has further thinned the house frontage by a few meters of space, but the main structure has remained intact. Its walls also reportedly  continue to be bomb-proof, with an operational firing range at its basement.

A crown jewel in the house is Serging’s private office which comes complete with a conference room and staff area. Some of his most personal memorabilia are still here. A life-size portrait of Serging by a renowned artist also hangs prominently in the area.

For some years, the house was used as a family residence of incumbent Cebu City Mayor Tomas Osmeña, Serging’s youngest son. It has also served as political headquarters  in several elections past.

These days, No. 9 Escario St. looks just like an old but wealthy house behind black steel gates surrounded by rising skyscrapers. Silent and unassuming, it has stood the tests of time, retaining an air of dignity reflective of the honorable man who once lived in it.