Skip to content
CEBU, Philippines – Having established its first branch in the Philippines last December 2017 in Mandaue City, The Company, a Japan-based coworking space, is scheduled to open another coworking space here in Cebu in February 2019, making it the biggest coworking space in Cebu.
The Company’s new space is strategically located in HM Tower, a PEZA accredited building in Cebu City’s IT Park. 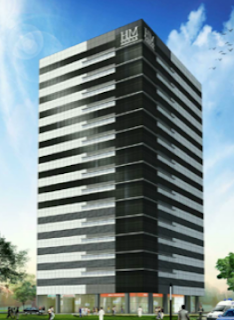 Masaki Suguro, the Head of Expansions of The Company, said that the new 1000+ square meters coworking space is a hub for innovators, startups, creatives and freelancers to expand their network globally using The Company’s international network. It is also an office space for local and multinational foreign companies who are looking to locate their business in one of the most progressive innovation and technology areas in the Philippines.
Amenities of The Company’s new coworking space include a pantry, a event areas, meeting and conference rooms, private offices, a special drink counter, phone booths, 24 access and redundant, fibr internet.
“The Company is more than just a space, it is where our members spend most of their work lives, be a part of a community and we would like them to feel more empowered and inspired while inside our coworking space.” Mr.Suguro added.
The IT Park branch will be the eighth and latest addition to The Company’s list of coworking spaces all over the world. Monthly members enjoy an all access pass to the other The Company branches and The Company’s exclusive app.
The Company is also set to collaborate with the Department of Trade and Industry this 2019 to empower and build the capacity of local startups, MSMEs.
“Overall, we plan to create a lasting impact on the community as the biggest coworking space yet in Cebu by encouraging collaboration and a strong involvement in the community,” Mr. Suguro said.
The Company is a coworking space that is produced and created by ZeroTen Park. ZeroTen Park is a production company that specializes in large scale 3D Project Mapping. Aside from having branches in Japan and Cebu, The Company also has branches in Hawaii, Bangkok and Singapore and plans to expand in other cities especially in the Southeast Asia.
For more information about The Company Cebu, go to their website at www.thecompany.jp/en, give them a call +639951040499 or visit and message their Facebook Page: The Company Cebu. The Company’s first Cebu branch is located at the Ground Floor, Building 4, JDN Square, P.Remedio St, Mandaue City, 6014 Cebu.(PR)