Skip to content
Having a family business is a blessing not everyone can appreciate. The big difference between Filipino-Chinese families and pure Filipino families is that Fil-Chi kids are trained to run the business at an early age. Meanwhile, Filipino mentality dictates that we do well in school, go to college, and get a nice paying job with benefits and all that.
While circumstance dictates that getting a job be the only option for most Filipino families, it is never too late to start a new business and have future generations continue it as a family tradition.
A good business Filipinos can easily venture into is an eatery. There are a number of eateries here in Cebu whose origin dates back to the early 70’s and 80’s. Some food establishments even started as early as the 1960’s and are now being run by the founder’s grand kids. 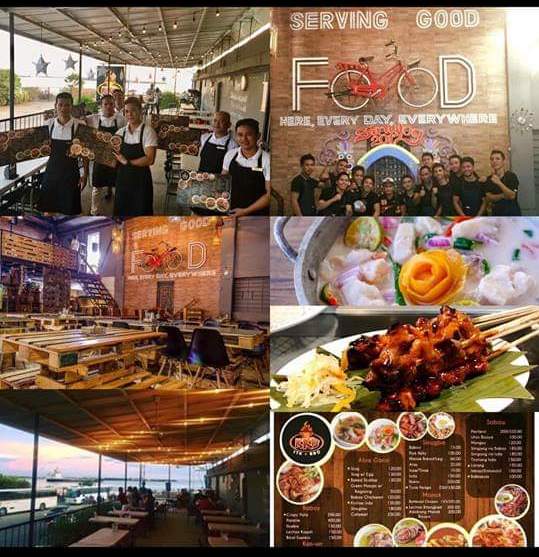 The restaurant located in the South Road Properties entrance by Plaza Independencia is called KKD STK + BBQ. It is a clever word play on the initials of traditional Filipino cuisine barbecue and sugba, tuwa, kilaw. For many Cebuanos who have been to the restaurant they believe that the restaurant is a new food establishment but the truth is, it has been around since the 1980’s.
KKD started out as Kokodine, a cafeteria style food establishment which is categorized as a local eatery. It was located barely a kilometer from where KKD is now, beside the Cebu City Hall edifice fronting the Magellan’s cross plaza.
The management of KKD is actually the second generation offspring of the original founder of Kokodine and they set out to revitalize the already ageing “carenderia” transforming it into a new generation full-service a la carte restaurant.
Like before, the new KKD is serving Filipino favorites among which are the barbrecue and STK varieties.
For the benefit of our non-Filipino readers (seeing as this blog can be accessed from anywhere around the globe) STK means Sugba (grill), Tuwa (broth) and Kilaw (soaked in vinegar).
KKD is a full-service restaurant with waiters serving a la carte food items you choose from the menu. However, before it transitioned into its current service style, KKD was serving uncooked fresh meat and they will cook it while you wait. However, there was a time roughly two years ago that they were short in manpower and they cooked the food ahead of time.
A family came in very early in the morning but they weren’t able to display the food. They wanted to display the food as they did before in the previous branch and the customers could just point at it and they will serve it. The restaurant manager asked them to be seated and he said if they could wait awhile they will display the food in a couple of minutes. The family asked him what they were serving, he wrote it on a piece of cardboard paper using a fine tip pen and the family just ordered picked from the items written on it.
The staff served the food straight from the kitchen without displaying the food items in the counter and the family loved the freshly cooked food very much that they insisted on coming back the next day to eat there again.
The management realized that displaying the food, the way that they had been doing it for more than twenty years may not be a good direction forward anymore and so they decided to transition into an a la carte style restaurant and cooking the food only when it’s being ordered.
The restaurant underwent some changes as the first generation managers decided to invest more into the establishment and they closed down for a while. Then, in June 17, 2017, Kokodine carenderia was reborn into what is now known as KKD BBQ + STK and it hasn’t looked back ever since.
By combining its original concept as a high-end carenderia / cafeteria and the current service format has enabled KKD to serve freshly cooked food at very affordable prices. The prices per food item are incredibly low-cost because of its method of preparation.
As with any other business here and abroad, the combination of economical, discounted prices with quality products and services will spell for a sustainable and profitable business model.
KKD’s popular foods include the Seafood Pansit, Rellenong Talong, Fish Tinola, Native Lechon Chicken or the Chicken Bilangkad, Crispy Pata and the Siniglaw. And since everybody loves the Filipino food ensemble, the restaurant has a very rare ability to attract customers from the “A” market segment all the way to the “D” class because of its bargain like prices. In fact, the restaurant was awarded as most affordable in town recently.
It has also attracted foreigners since it is located near two tourist attractions, and the MyBus bus stop at its door step (literally), KKD has a considerable amount of foreign guests daily. The Koreans love their barbecue and they devour it with much gusto and enthusiasm.
For the owners and management of KKD, keeping the business alive and adopting to changing times indeed became an experience they will never forget. To that point they wish to share that experience with their guests by keeping their tradition alive. They enhance our KKD experience through the food we love and the service we deserve.
To experience KKD first hand, visit them at the SRP, Plaza Independencia entrance across Malacaňang of the South. It also recently opened a new branch in V. Rama avenue. 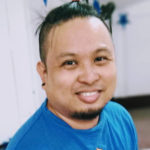 DO YOU KNOW WHY METH/ SHABU CAN ROT THE ADDICT’S BRAIN?