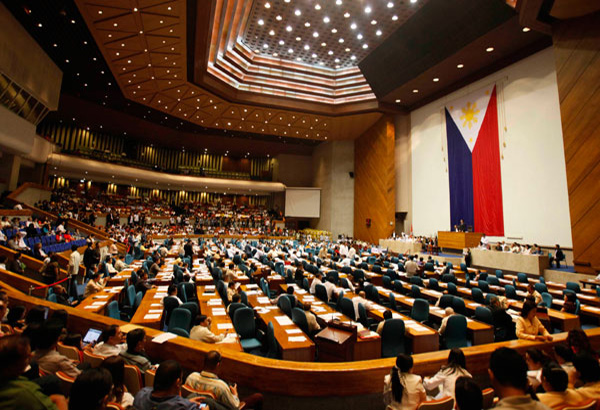 MANILA — The House of Representatives on Tuesday approved on third and final reading the proposed federal charter.
With 224 affirmative votes, 22 negative votes and three abstentions, the Lower Chamber approved Resolution of Both Houses 15, this seeks to propose revisions to the 1987 Constitution.
This was principally authored by Speaker Gloria Macapagal-Arroyo and over two dozen lawmakers.
The Constitution provides that any amendments or revisions may be proposed by Congress upon a vote of three-fourths vote of all its members.
Currently, The House of Representatives has 292 members, at  least 219 lawmakers are needed to vote in favor of the resolution.
RBH 15 proposes a presidential-bicameral-federal system of government and empowers Congress to establish federal states.
The term of the President and Vice President, which shall end in 2022 and shall not be extended. The incumbent president will be prohibited from running in the 2022 elections.
A two-party system will be adopted and developed as a mechanism of representation and democratic governance.
The first election under the proposed constitution shall be held on the second Monday of May 2022.
The President and Vice President will maintain the same powers and functions as that of the 1987 Constitution. However, it requires that a vote for the President shall also be a vote for the Vice President and the President and Vice President must be from the same party.
Their term of office under the draft constitution is also limited to four years with one year for re-election.
RBH 15 proposes the adoption of a bicameral legislature, wherein the House shall be composed of no more than 300 Members and the Senate shall be composed of 24 Senators.
The term limits for members of Congress will be lifted and will require them to have a college degree.
The proposal does not contain an anti-political dynasty provision.