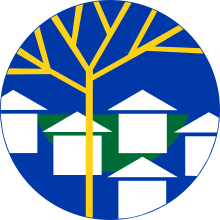 MANILA — For overpayment of a “ghost” project in Bacolod City in 1992, the Sandiganbayan has sentenced five former executives of the National Housing Authority (NHA) to 10 years imprisonment.
The Sandiganbayan Second Division, in a decision dated Dec. 7, 2018, also perpetually barred former NHA Visayas Management Office Manager Josephine Angsico, manager Virgilio Dacalos, Regional Project Director Felicisimo Lazarte Jr., Project Management Officer Josephine Espinosa and Supervising Engineer Noel Lobrido from holding public office after being found guilty for a graft case.
The anti-graft court dismissed the case against two of the accused Jose M. Cruz, Triad and Development Corporation (Triad Construction) president; and Robert Balao, former NHA general manager. Both passed away while the case was being tried.
The Sandiganbayan ruled that all the accused paid the Triad Construction a bloated amount of PHP1,280,964.20 in September 1992 for the final work accomplishment on the Pahanacoy Sites and Services Project in Bacolod City despite the actual work amounted to only PHP330,075.76.
The anti-graft court said Cruz requested to be paid only the amount of PHP351,144.42 less the 5 percent retention tax yielding a net payment of PHP330,075.76.
“Conspiracy became apparent in the instant case when the subject Final Quantification was signed and approved by the Inventory and Acceptance Committee chaired by accused Felicisimo Lazarte Jr. to support the final billing including another Abstract of Physical Accomplishments which was signed by the wife of President of Triad Construction,” the Sandiganbayan said in its ruling.
“The fact that they executed another Abstract of Physical Accomplishment to justify a larger payment when it was not clear that Triad Construction indeed accomplished such additional works or if there was any such additional work to begin with,” it added.
“All accused in processing the second Abstract of Physical Accomplishment without even verifying its veracity are guilty of violating the provisions of the Anti-Graft law,” the Sandiganbayan said.
Court records showed that all the accused filed a motion for reinvestigation on June 1, 2001, alleging that there was no actual preliminary investigation conducted before the Ombudsman since they were not notified of such case and they were not able to controvert the pieces of evidence against them. They alleged that they were deprived of their right to due process.
In its comment, the prosecution argued that contrary to their allegation, the accused filed a motion to transfer investigation with request for extension of time file counter-affidavit dated Apr. 7, 1998 for a period of 20 days.
In their reply, the accused alleged that when the case was still before the Ombudsman, not one of one of them was able to file counter-affidavit because they were not informed not given notice by the Ombudsman-Visayas that such a case ever existed.
In its resolution dated Sept. 6, 2001, the Sandiganbayan ordered the reinvestigation of the case and the prosecution was given an inextensible period of 60 days from receipt to terminate the same and submit its report. (PNA)