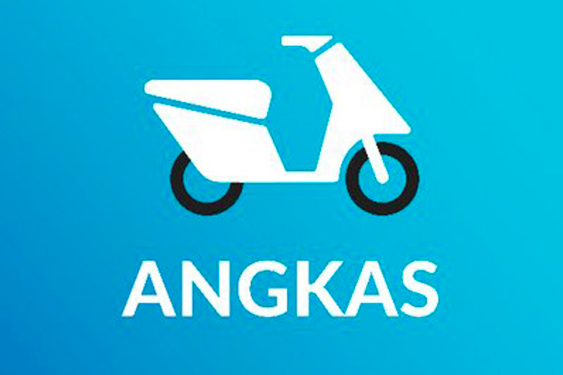 MANILA — The Department of Transportation (DOTr) lamented on Thursday that motorcycle ride-hailing firm Angkas is defying the order of the Supreme Court to stop its operations.
This, as the department urged the firm to have a dialogue to discuss issues related to its operations as a public transportation service.
“The DOTr, LTFRB (Land Transportation Franchising and Regulatory Board), and LTO (Land Transportation Office) respectfully complied with the order of the lower court. Angkas, on the other hand, continues to brazenly defy the order of the Supreme Court. Let’s thresh it out,” the DOTr said in its statement on Thursday.
“The issue is not about the perpetual prohibition of motorcycles from serving as public transport. This is not about depriving the commuting public of an alternative mode of transportation. Instead, this is a matter of following the order of the Supreme Court, the same kind of obedience demonstrated by the government to the preliminary injunction of the lower court even if that order was not favorable to it,” it added.
The Supreme Court has issued a temporary restraining order (TRO) earlier this month against the decision of the Mandaluyong Regional Trial Court to interfere with Angkas’ operations.
It prevented the implementation of the writ of preliminary injunction issued by Judge Carlos Valenzuela of Mandaluyong RTC Branch 213 last August in favor of Angkas, which prohibited the DOTr and LTFRB from apprehending Angkas bikers, who are lawfully engaging in their trade or profession, based on its mobile application and from performing any act that will impede or obstruct the petitioner’s pursuit of its lawful business or trade as owner and operator of the Angkas mobile application.
“If Angkas wants to be heard, it should also learn to listen. Nothing good comes out of defying the law because the law, while existing and unamended, must be respected and followed. As we comply with the law, let us work together to improve legislation in the country, we are willing to talk. We are willing to listen,” the statement read.
The DOTr explained that some of the issues that needed to be resolved are: the types of motorcycles to be permitted; acceptable travel speed of motorcycles for hire; whether to allow the motorcycles on all roads or be limited only to secondary roads or areas not serviced by large vehicles such as buses or trucks, among others.
“Another integral aspect is safety. How do we ensure the safety of passengers? In the unfortunate instance of an accident involving a passenger, who will shoulder all the expenses? If the driver is injured or dies, what will be the motorcycle owner’s accountability? These details should all be thoroughly studied, and as such, the matter will not be resolved with Angkas’ continued flagrant defiance of the high court’s order,” the statement read.
DOTr Secretary Arthur Tugade has ordered the LTFRB to apprehend Angkas bikers, who deliberately defy the order of the Supreme Court.
Angkas bikers and operators proven to have continued their service will be meted a PHP6,000 fine and three-month vehicle impound, and will be blacklisted from securing a franchise with the LTFRB.
For its part, Angkas said in an earlier statement that the TRO of the SC will put to risk the livelihood of around 25,000 biker partners that depend on its operations for the daily needs of their families.
It also claimed that it has a safety record of 99.997 percent, which may be considered as “a potential model for responsible traffic safety nationwide.”
The motorcycle ridesharing firm said it will exert efforts to serve commuters in a safe and efficient manner and legitimize their riders.
Motorcycles are not allowed to operate as public transport services under Republic Act No. 4136 or the Land Transportation and Traffic Code.
Various stakeholders in the transportation sector are pushing for the amendment of this law to enable motorcycles to provide public transport to commuters. (PNA)