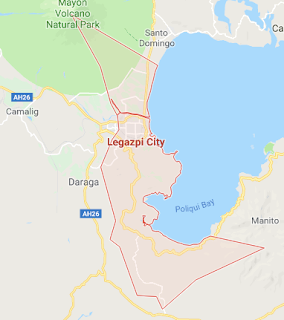 LEGAZPI CITY — Ako Bicol (AKB) Party List Rep. Rodel Batocabe and his security aide were gunned down on Saturday afternoon by still unidentified gunman in Barangay Burgos a remote village in Daraga, Albay, the police said.
Batocabe, 52 , and his security aide Senior Police Officer 1 Orlando Diaz, succumbed to multiple gunshot wounds, Chief Insp. Maria Luisa Calubaquib, Philippine National Police Bicol spokesperson, said.
An initial police report said Batocabe was attacked around 3 p.m while the victim was mingling with a group of senior citizens in a gift-giving event at the village covered basketball court in Barangay Burgos, a remote village some five kilometers away from the town proper.
The report said an unidentified man armed with a handgun approached Batocabe and in close range successively shot him and his security escort.
Batocabe and Diaz were rushed to the Ago Medical Educational Center (AMEC) Hospital here but were declared dead on arrival by attending physicians.
Batocabe, who is on his last term as AKB representative in Congress, is running for the mayoral post in Daraga town. Others running for the same position are incumbent Daraga Mayor Carlwyn Baldo and Vice Mayor Victor Perete.
Batocabe and his line-up were holding a Christmas gift-giving sortie for senior citizens of barangays San Vicente Pequino, Mabinit, Kinawitan Maupi and Burgos at the Burgos Covered basketball court.
Albay Rep. Joey Salceda, in a text message, said : “So sad. He was a good public servant. Goodbye to my colleague Cong. Rodel Batocabe of AKB.”
“What was supposed to be a peaceful gift-giving celebration for senior citizens and persons with disability have turned out to a violent event.  Christmas should not be tainted by blood and I will not condone such violent and terroristic acts in this town,” Mayor Baldo also said in a text message.
Baldo said he had directed Supt. Benito Dipad Jr., Daraga town police chief, to open a full investigation regarding the killing.
Calubaquib said police investigators are still determining whether the shooting was political or insurgency-related. (PNA)