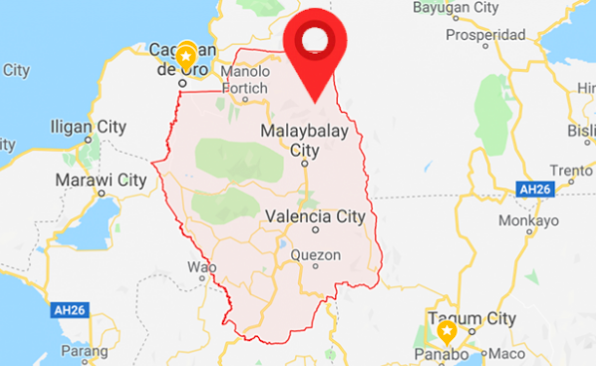 MALAYBALAY, Bukidnon — Two communist rebels died following an encounter with government troops along the boundary of Agusan del Sur and Bukidnon provinces on Monday (Dec. 31), a military official said.Lt. Col. Ronald Illana, commander of the Army’s 8th Infantry Battalion (8IB), said the firefight erupted after the troops belonging to the 8IB and the 43rd Division Reconnaissance Company “sneaked” into the New People’s Army (NPA) hideout in Barangay Binicalan, San Luis town, Agusan del Sur.The soldiers recovered two M14 rifles at the encounter site, where an undetermined number of rebels are believed to have been wounded based on the trail of blood left by the insurgents.“As of press time, the troopers of 8th Infantry Battalion with the 43rd Division Reconnaissance Company are pursuing the terrorists who scampered after their hideout was overrun by the troops. The terrorists left their dead cohorts behind,” a statement released by the 4th Infantry Division (4ID) said.Illana said the identities of the dead rebels — both males — have yet to be known as of posting time.Maj. Gen. Ronald Villanueva, 4ID commander and concurrent acting commander of the Eastern Mindanao Command, reiterated the call for the remaining NPA members to surrender or face “the might of massive military operations.”“Our forces on the ground are unleashing their combat skills. To the remaining NPA terrorists, who still want to challenge our government, show us what you’ve got. For those wanting to take the path to real peace, come to us and we will help you,” Villanueva said.A day before the firefight, 4ID said the same band of NPA rebels also figured in a clash with 8IB personnel in the outskirts of this city. The five-minute firefight with around 15 rebels resulted in the recovery of several ammunitions.On Dec. 29, the 8IB said its troops captured an alleged member NPA identified as Michael Abalang Tinampay, 27.Tinampay, a resident of Claveria town in Misamis Oriental, was arrested in Barangay Hagpa, Impasug-ong town, Bukidnon.  He yielded several types of ammunition and explosives, cellular phones and an unlicensed motorcycle.Lt. Ken Cabbigat, 8IB civil-military operations officer, said the Agusan del Sur-Bukidnon boundary has long been a flashpoint for NPA activities.Cabbigat said the NPA has been using the mountainous area to mark the annual anniversary of its main organizational arm, the Communist Party of the Philippines (CPP).This year, however, the military official said the CPP-NPA failed to hold its anniversary activity following intensified military operations within the border. The CPP-NPA is listed as a terrorist organization by the United States and the European Union. (PNA)