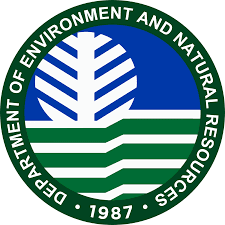 CALAMBA CITY, Laguna — A top official of the Department of Environment and Natural Resources (DENR) 4A (Calabarzon) on Friday appealed to local government units (LGUs) and the public to refrain from flying balloons on special occasions.
“Sa rehiyon ng Calabarzon, nais naming hikayatin ang mga Pamahalaang Lokal na ituring na littering ang pagpapakawala ng lobo dahil doon na rin naman ito patutungo (In the Calabarzon region, we are appealing to the local governments to consider the release of balloons into the air as littering as it would end up this way, anyway),” DENR-4A Executive Director, lawyer Maria Paz G. Luna, said.
Luna told the Philippine News Agency (PNA) that they already ordered funeral homes and other party or event organizers to stop releasing balloons into the air.
“Maaari po kaming mag-file ng kaso ng paglabag sa RA 9003 (We could file a case for violation of Republic Act No. 9003 or the Ecological Solid Waste Management Act of 2000),” she warned.
Flying balloons has become a practice for many Filipino families during funeral rites, believing that these contain their messages of love to the departed.
Luna, however, said this does not mean that the balloons would reach the skies.
“Hindi kaya’t ang ibig sabihin noon ay sa purgatoryo ninyo ipinadala ang mensahe? Siguraduhin pong aabot ang mensahe sa mahal sa buhay at hindi sa purgatoryo. (But could this mean that the messages had been sent instead to purgatory? So, make sure the message would really reach your loved ones and not end up in purgatory),” she said.
The move came after the Cove Manila Balloon Drop at the Okada Hotel Manila, an event that would release some 130,000 balloons to usher in the New Year, drew flak from netizens.
The DENR earlier ordered Okada to cancel the event.
In observance of the National Zero Waste Month this January, the department has been promoting environment awareness and action among the citizenry and institutionalizing public participation in the development of national and local integrated, comprehensive and ecological waste management programs.
Luna also advised the public to send their complaints on littering – from releasing balloons to illegal garbage disposal – to DENR-4A through text +639456215007 or +639083340224; or email to denr4a.ord@gmail.com or post the photo/message of such violations through https://www.facebook.com/DENR4AOfficial/#ZeroWaste or hashtags #DENRCalabarzon and #TayoAngKalikasan. (PNA)