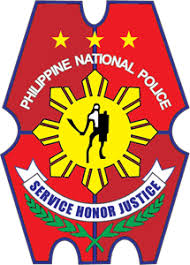 CEBU CITY – Five rookie policemen  assigned in Talisay City was relieved while investigation is on-going  after they were caught taking a “selfie” while conducting an inventory of the confiscated illegal drugs in a buy-bust operation last Saturday, Jan. 5.
The names of the five police officers have been withheld for investigation purposes, said Senior Supt. Manuel Abrugena, Cebu Provincial Police Office (CPPO) director.
Abrugena said starting Monday, Jan. 7, the five police officers have been reassigned to the CPPO’s Personnnel Holding and Accounting Unit (PHAU) and may face possible administrative charges, including a surrender of their service firearms while the investigation is being done.
Talisay City Police Chief Supt. Marlu Conag, said that he feels bad that it had to happen to his men especially that their selfie was published by the local media.
But Conag defended his men, saying that they were able to arrest a high-profile drug suspect when the selfie was made.
Abrugena reprimanded the five police officers after he saw their selfie online as it put their colleagues in a very risky situation.
Based on police procedure, operatives of Drug Enforcement Units are not allowed to publicize their identities to avoid risking their operations.
Their discretion would also protect them from retaliation from those involved in illegal drug operations, Abrugena said.
“Bawal yan, because it might affect the integrity of our police operations and the security of our operatives pertaining sa nag ooperate sa drugs. Kaya yan sila di naka-uniporme kase mga operatiba natin yan. Ngayon, kung makikita sa social media yung pagmumukha nila, ma burned out yung identities (That’s why they’re not in uniforms because they are our operatives on drugs. Now if their faces are shown on social media, it will revealt their identities),” Abrugena said.
But Abrugena said police operatives can still take pictures during their operations, but only of their subjects and the evidence they have recovered.
The five relieved police officers were part of those who replaced 40 of their older colleagues who were relieved by Police Regional Office 7 Director Chief Supt. Debold Sinas last year.