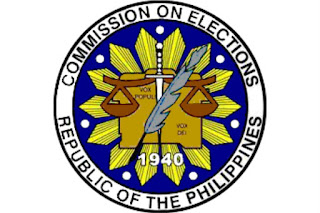 This is 77.78 percent higher than the 1.06 million in 2016.
Comelec spokesperson James Jimenez said of the additional 783,076 new voters, a total of 437,779 came from the Middle East and Africa with 20 posts.
“We have a total of 1.789,823 million registered voters in 2016 we had this number of active voters from the post, 1.06 million voters. Nadagdagan tayo ng (We have an additional) 783,000 registrants, an increase of 77.78, with the biggest increase happening in the Middle East and Africa,” Jimenez told reporters Friday.
“Still overall, ang pinakamalaking area kung saan pinakamaraming OAV is the Middle East. Consistent naman sila (the biggest number of OAVs came from the Middle East. It is consistent)” the poll body official added.
Based on OAV data, the number of new voters in Asia and Pacific, covering 32 posts is at 149,285, with a total of 388,619 voters.
Meanwhile, Europe which has 20 posts, has a total of 63,288 new voters. This brings the total number of Filipino voters in Europe to 175,030.
For the Americas with 20 posts, there are 337,060 registered OAVs, with 132,724 new voters.
Jimenez noted that the increase can be attributed to the poll body’s voter education initiatives, which attracted the active participation of Filipinos abroad.
With this, Jimenez noted that there are two modes of voting for Filipinos abroad: manual, (postal) and using vote count machine (VCM) under the automated election systems (AES).
He said in postal or manual voting, the counting will be done manually or by hand.
Meanwhile, votes cast through the AES will be counted by vote counting machines.
Filipinos overseas will be voting for national positions only, particularly 12 senators and one party-list group.
The one-month voting period for the OAV will be from April 13 until May 13.
The counting of the votes from the country’s posts abroad will be held simultaneously with the local counting on Election Day. (PNA)