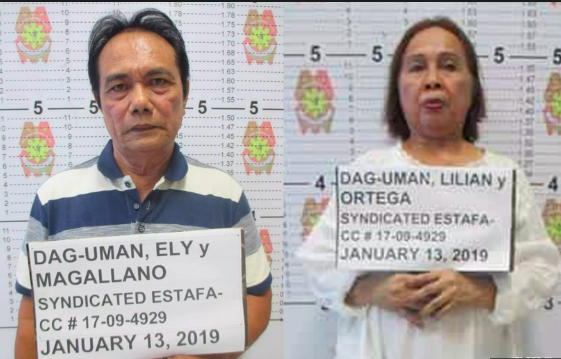 DAVAO CITY– A husband and wife known as the “most wanted” persons in Maasin City, Southern Leyte, were arrested by authorities during a raid in Barangay New Visayas, Panabo City, Davao del Norte, Sunday, January 23.Police identified the suspects as Ely Dag-uman and his wife, Lilian. Both are wanted for syndicated estafa and has pending warrants of arrest issued by a regional trial court in Maasin City.Chief Supt. Marcelo Morales, Director of the Police Regional Office (PRO) 11, said the information from concerned citizens led to the couple’s arrest.