MANDAUE CITY- A businessman claimed to have been ambushed by a riding in tandem gunmen in Barangay Alang-Alang here.

John Pearnel Dinoro, 48, was on his way home past 6am when the backrider of the motorcycle of the two men who wore baseball caps and bonnet masks shot him.

Dinoro who is engaged in sand and gravel  business in Toledo City just sent his wife to the Mactan Cebu International Airport and was supposed to return to their house in P. Burgos St. when the gunman fired on his white Toyota Fortuner (GED 8577) hitting the vehicle four times.

Villaro pointed to the press that the bullets hit the vehicle’s hood, front windshield, back windshield and the frame of the glass window in the drive’s side.

None of the bullets hit Dinoro, however, Villaro emphasized. The place of the shooting incident was near the Christ The King Parish it was learned. Dinoro told police investigators that he received threats on his life. Mandaue City Police Office (MCPO) Director Julian Entoma ordered his men to dig deeper on the “alleged threats.”

Dinoro who was alone in the car managed to drove straight to the MCPO office in Barangay Centro to personally report the incident. Dinoro refused to be interviewed by the media. Crime scene investigators recovered slugs of .45 caliber bullets indicating that the gunman used a .45 caliber pistol in the shooting. At that time of incident, the traffic was heavy in the area as it fall on the peak hours. 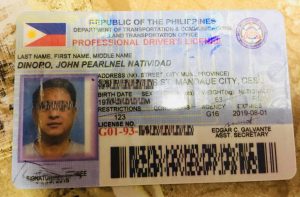 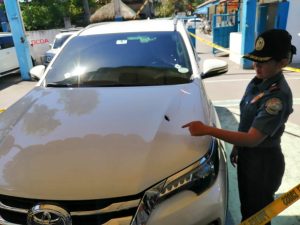 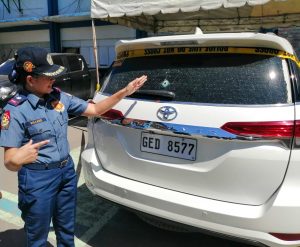