I’ve always secretly thought of myself as one with European inclinations instead of American influence as opposed to the majority of Filipinos. I’ve always preferred tea over coffee, I have a love for preserved fruits and jams and I’ve always found European football more fascinating than basketball. But let’s not get into that especially since it’s the NBA finals and the 1-1 standing is getting everyone all hyped up.

Going back to the point at hand, imagine my delight when I found out that a hotel here in Cebu is serving British style doughnuts. I secretly screamed inside but I couldn’t let it out because there were people around and I didn’t want to make a scene.

British style doughnuts are full to the bite, the dough or the bread itself feels heavier compared to the popular brands of doughnuts that we are used to. When you bite into it you basically get more doughnuts and less air. The commercial doughnut brands even the more expensive ones (you know who you are) have light, fluffy doughnuts that are 60{481076ee53a1fc97de0369f33ed2e92f10b25aa7745daa7b1993dd39620a4254} air.

When you take up bread and pastry in any culinary school they will tell you that doughnuts are under the categories of bread and not cakes. So technically doughnuts are a type of fried bread (or baked in some cases) but with the commercial doughnuts, you end of eating more air than you do the actual bread.

Cue in the British doughnuts, they are bulky yet soft, they are sprinkled with sugar but their sweetness is not overwhelming. Every bite is very satisfying, in Filipino – “SULIT”, because you get more bread stuffed in your mouth and you just want to lick that sugar off your lips after. 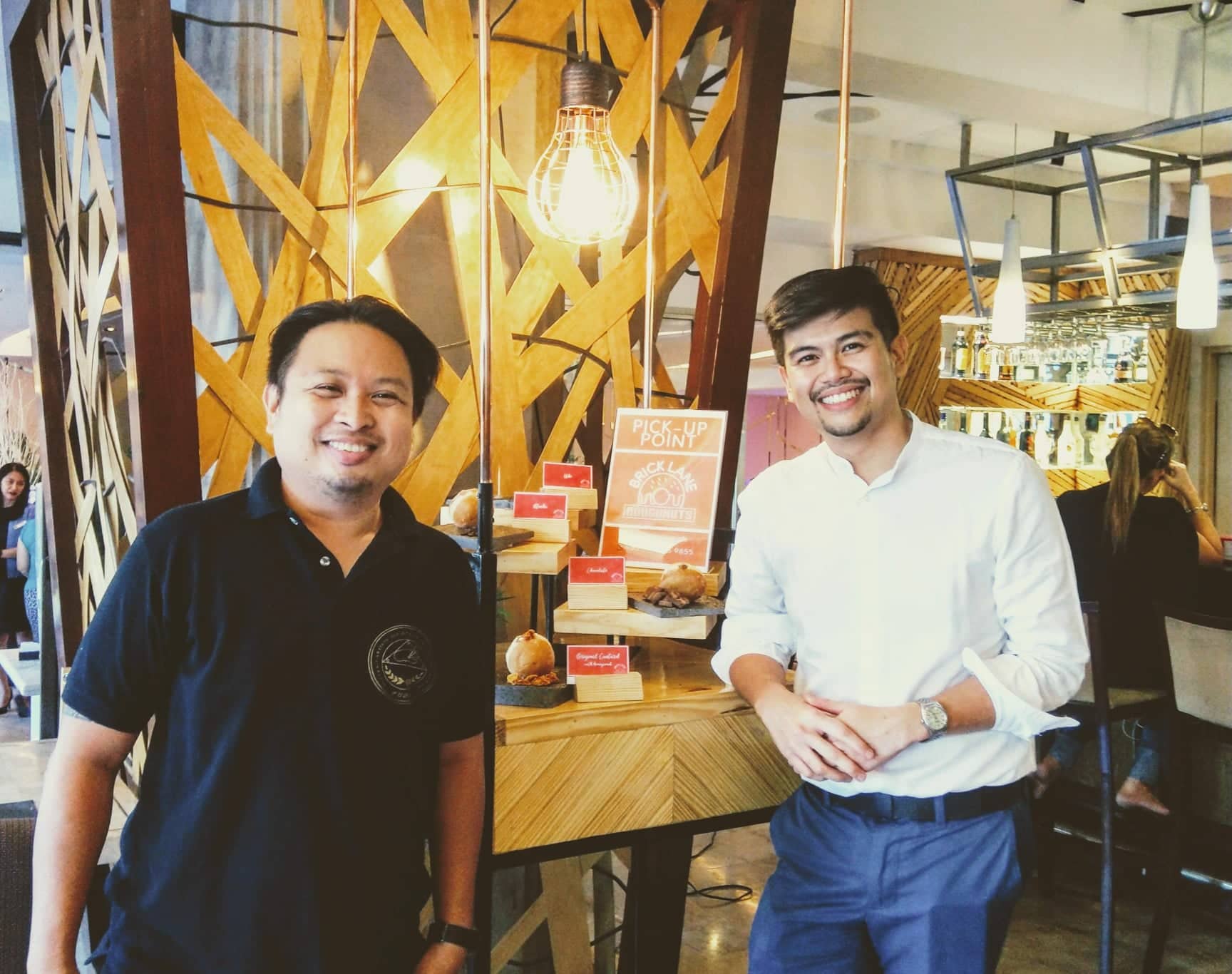 I went to Cebu Grand Hotel in Escario St., along Vibo Place and the COO of Vibo greeted us, Sir Andre Suarez. Sir Andre showed us a homey quaint corner in Café Lorenzo beside the lobby of the hotel where his doughnuts were on display.

Sir Andre is a traveler and a connoisseur to all things British. Just like me I immediately noticed that his cultural inclination is more European than American. Although he spent time in New York tasting their varied cuisine, sampling doughnuts here and there, it was only when he landed in England where he saw and savored the doughnuts that stole his heart. 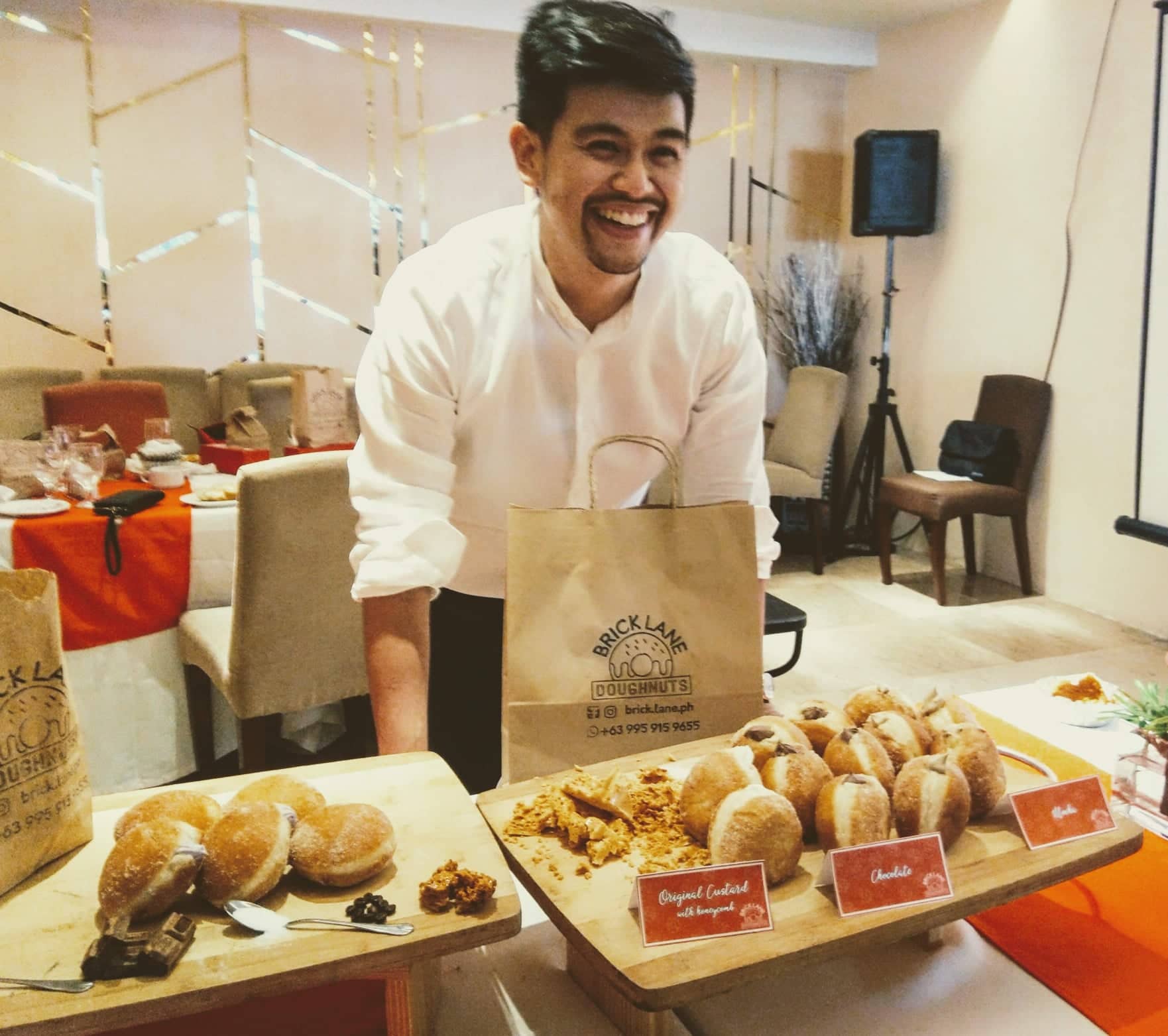 After his bittersweet return to Cebu, Sir Andre immediately went on a baking rampage where he and his chef started to develop British style doughnuts using local ingredients. After much trials and taste testing (wish I was there), the team finally perfected what we now know as Bricklane Doughnuts, British style, English inspired, fried doughnuts with various fillings that is reminiscent of baking royalty and culinary tapestry.

The flagship flavor of Bricklane Doughnuts is the Custard Cream doughnut topped with a Honeycomb brittle. You cannot get any more British than this, trust me. This is as British as the queen itself so says Sir Andre as he broke off a large chunk of Honeycomb brittle and inserted it into the doughnut filling and served it to us.

Bricklane Doughnuts are available in Cebu Grand Hotel’s Café Lorenzo. They are served from 10:00 am until 6:00 pm but they are served in small batches. Needless to say, it is difficult to chance upon the doughnuts because they run out of stocks very quickly. 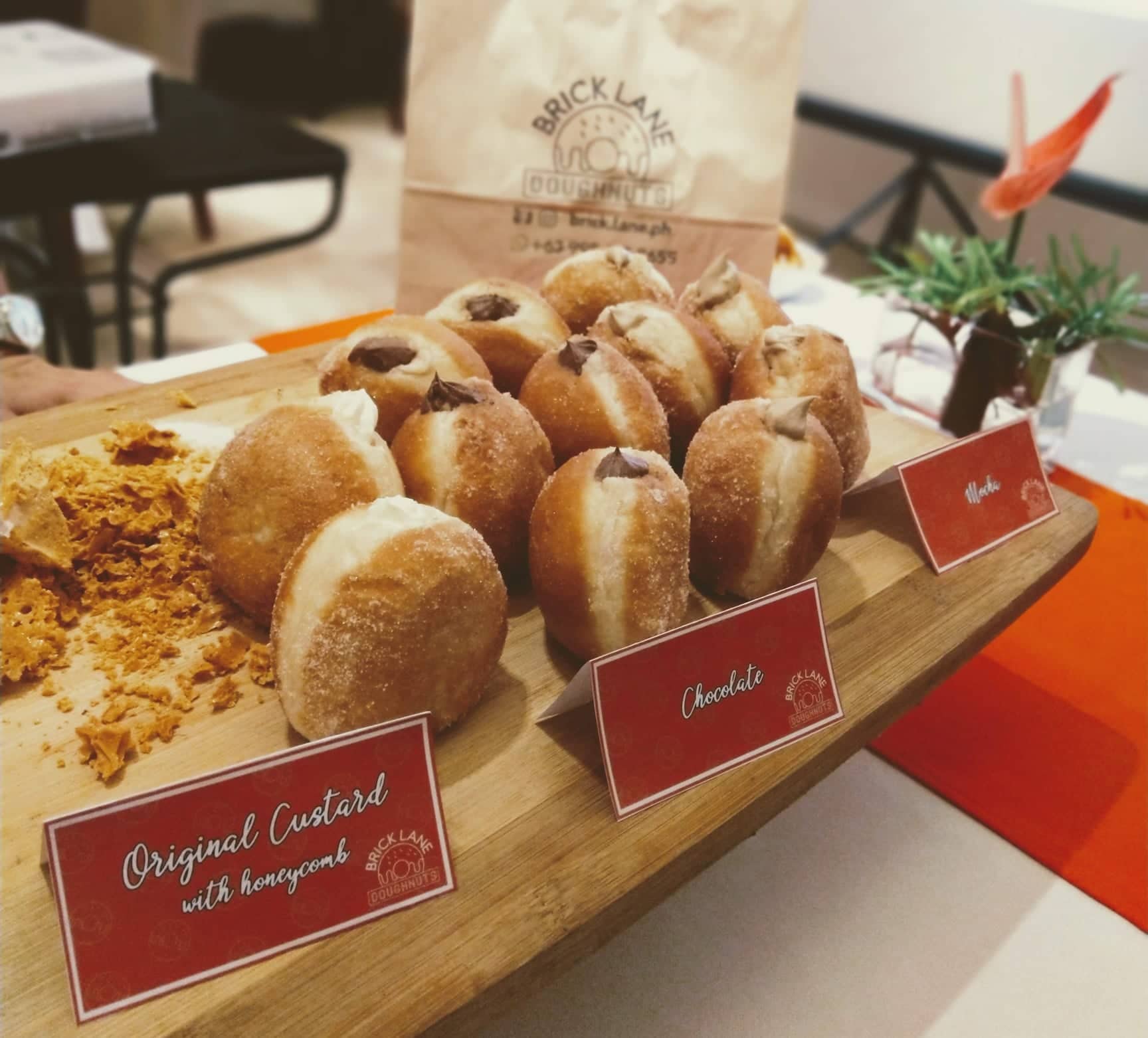