The word Franchise comes from the Old French meaning freedom or privilege. In the middle ages of Europe, the local lord would grant rights to hold markets or fairs. In essence, the monarch gave someone the right for a certain type of activity. They were the first Franchisors – and did not know it.

In the late 1880s Cities began giving franchises to newly established electricity companies. Around the turn of the Century, oil companies and automobile manufacturers began to grant rights to sell their new inventions.

White Castle was the first fast food hamburger franchise chain in America, opening 1921 and sold since then over 12 billion hamburgers.

Business format franchising, which is the dominant mode of franchising today, started after the Second World War. In the 1950s all kinds of services and products started to franchise in the USA.

In 1955, a certain Ray Kroc came to the idea of franchising a then little known fast food place named “McDonald’s” – and in the meantime, they sold more than a 100 billion of hamburgers worldwide!

Many well-known restaurant franchises started during this time. Colonel Harlan Sanders initiated his first KFC franchise, so did Dairy Queen and Dunkin Donuts.

Franchising has powerfully transformed the entire perception of business culture and practice. In the USA over a trillion $ in revenues is generated by more than 5,000 Franchisors and their Franchisee yearly.

The “American Dream” is becoming a dynamic reality for hundreds of thousands of additional entrepreneurs around the world.

In the Philippines, where Business Format Franchising started in the 1970s (except A&W, who was earlier here), one of the first was again was “McDo”, who opened its first outlet in 1981.

To that time, a small chain of ice cream joints began selling burgers – “Jollibee”, which is today our number one Franchise Company in the Country. The success of Jollibee is a mystery to the top guys of McDonald’s in Chicago since they are the number one in fast food in every Country they operate – except the Philippines.

Today, more than 1,400 Franchisors, around 300 foreign and 1,100 local, operate in the Country and the number keeps growing to the advantage for the consumer – more competition, more choice, more bargains. Almost all of them in the food business offers some kind of value meal combinations. Some of them are exporting their Franchise System to other Countries. As an example, 32 of the more than 700 Franchisor clients of RK Franchise Consultancy are already franchising in foreign Countries throughout Asia, the Middle East, Europe, and America. More than 60% of those Franchisors are clients of RK Franchise Consultancy. 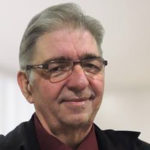 Loma vs Lopez – unmasking of a pretender or changing of the guards?