Though an ancient Chinese folk ceremony, the Hungry Ghost Month has nonetheless kept its foothold in the modern consciousness. From the simple day-to-day to major events and decisions, its impact is far-reaching as believers reconfigure their lives just for this special month. This year it spans from August 1 to August 29, for those who wish to mark it on their calendars. But—what exactly is the Hungry Ghost Month, and how should it be observed? 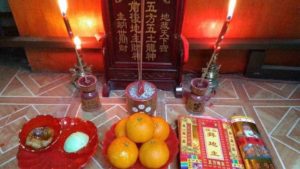 According to its founding belief, on the seventh month of the lunar calendar or the Hungry Ghost Month, the Gates of Hell will open and spirits from the lower planes will be free to roam the living world. These otherworldly visitors are said to wreak mischief and misfortune if left unattended, thus the Hungry Ghost Month becomes dedicated to their appeasement. Good food is offered, events are  held  for  their  entertainment,  prayers  seek

forgiveness and peace for these restless souls, and a slew of warnings must be heeded if you wish to avoid their malicious attentions. It can be a demanding tradition, but a necessary toll for safety and security. 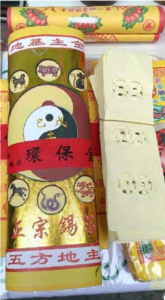 Despite having some roots in the faith, the Hungry Ghost Month doesn’t actually   exist from the Taoist perspective. Rather, Taoism believes that wandering spirits are constantly present in our realm. They exist neutrally during this month as they do       in any other, unless  purposefully  provoked.  There  is  therefore  no  greater  danger to fear from this period. There’s nothing wrong  with  remaining  vigilant  against  spirits and one is free to follow the Hungry Ghost Month tradition to no losses. But, alternatively—it can be celebrated as a joyous festival of respect and remembrance, still maintaining its core value of honoring ancestors and those who have passed. Adding to the legend, it’s believed that Di Guan Da Di, the official Lord of the earthly realm will descend from Heaven on the fifteenth of this month to inspect mortals    and passed on and grant forgiveness and merits for past deeds. This makes the  Hungry Ghost Month or Zhong Yuan Festival Holiday the best time for self-reflection on how to lead a more virtuous, filial to our ancestors and fulfilling life before death. 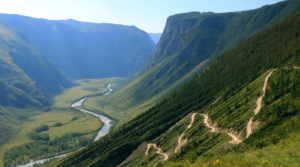 Readings begin with Landform Feng Shui as we first look at location. Using Google Earth and Maps, we home in on a given address then look outwards to its environment. As qi resolves in natural formations, it’s necessary to pinpoint mountains and bodies of water around the location. Closeness to mountains affects relationships and health, while rivers determine   wealth   and   opportunities  that will  come. The  quality  of  these  formations  is  also  important:  clean  waters  and  fertile earth yield the best qi. Thus, locations within the right distance of healthy natural formations are in a favorable position to receive out flowing qi and its attending good luck. Beware, however. What lays between these  formations  and  your  location  can  affect  qi.  Crossing  areas  such  as  factories  and  landfills  will  degrade  it  and  instead  bring  bad  tidings  to  your  doorstep. 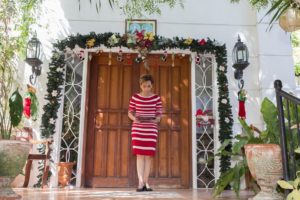 Turning indoors, San He Feng Shui is employed next to assess the flow of qi within a home. It must be first noted that needn’t buy  ‘cures’ like accessories or  ornaments  to  encourage  qi inside. Instead, pay attention to these three important features: the main door, stove, and bedroom. In the right places, they’ll successfully gather and store qi, promoting good health, relationships and wealth for residents. But  bear in mind that the most crucial piece is the

main door, as qi only enters through this entrance. Make sure to position it in the sector of your home that conforms to the external landform, going with the flow rather than against it. This ensures that wealth and opportunities brought by nearby natural formations will make it inside. 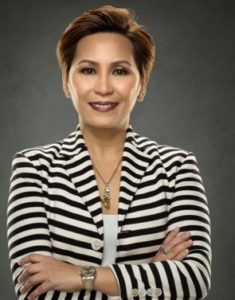 Master Judith Eugenio, is a certified Feng Shui and Bazi Destiny consultant.     In her passionate pursuit of Feng Shui, she has traveled the  world,  and  finding direct tutelage under Master Kevin Foong of Kevin Foong Feng Shui Academy in Singapore, where she is also the Head Instructor Representative for Philippines. Based in Cebu City, she has honed her practice for over ten years, and offers her expertise through Judith Eugenio Global Bazi & Feng Shui Consultancy.