CEBU CITY, Philippines- Cebu City Police Director Gemma Vinluan has warned establishments in the city that will serve liquor to minors. That is, as she was appalled of the report that the 16-year-old football sensation of the SHS-Ateneo de Cebu in Mandaue City had a round of drinks in an establishment in Banilad before the minor committed suicide recently.

The minor who is the lone Cebuano football player that represented the country in the Under 16 (U-16) international football tournament in Indonesia in 2018 was last seen in the Banilad establishment before he jumped from the Marcelo Fernan bridge last Friday dawn, August 17. His lifeless body was seen hours after floating in the waters near a junkyard in Opao and based on the CCTV footage of the bridge the minor really did the fatal jump.

Vinluan said her men is now conducting further investigation and is collating evidence against the erring establishment that served the liquor to the minor. The city chief of police said that if evidence warrants, she will not hesitate to file charges against the establishment. “Actually yung isang bata na nagpakamatay kung aware kayo doon galing yung sa isang, sa Banilad Town Center na nakipag-inoman.

Under City Ordinance 1413, serving of liquors to minor carries imprisonment of six months or a fine of at least P1,000 or both. As she warns those serving liquor to minors, Vinluan is fully supportive of Mayor Edgar Labella’s move to close a KTV bar in uptown Cebu after some minors were rescued there by the police and the Department of Social Welfare and Development (DSWD).

Mayor Labella has also instructed the city legal office to investigate as the Mayor also said that criminal charges will be filed against the operator of the establishment if evidence will be found.

During the operation, 3 alleged pimps that also included a 16-year old were also arrested. The minors reportedly were pimped to the customers of the bar.

Mayor Labella is convening the Cebu Anti-Indecency Board (CAIB) to establish measures in monitoring all the bars and similar establishments in the city. /AAJ 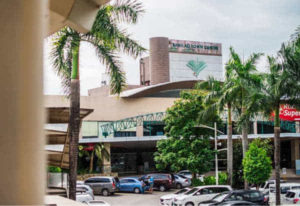