Skip to content
CEBU CITY, Philippines — It would be a festive scenery of green once again when the 43rd Milo Marathon Cebu Elimination hit the ground running early on Sunday, September 29, 2019, alongside the Cebu Normal University (CNU) block in Osmena Blvd.

As of noon of Sep. 27, registrants are now at 23,274 but Local race organizer Ricky Ballesteros is expecting this number to rise by the close of registration on Saturday.

“At the start I only requested for 15,000, then I increased it to 18,000 but I guess it we would reach a little over 24,000 by gun start,” Ballesteros said at the Press conference held Cebu Grand Hotel on Friday.

Twenty thousand nine hundred (20,900) listed under the 5K category while the 21K race gathered the least number of participants with only 557 registrants.

The overwhelming downpour of entry, however, is only the third most participated Cebu Leg as the 2002 edition that had 27,000 runners, still holds the distinction of having the biggest turnout.

“Actually, we could have reached 30,000 runners but our starting area can hold only 24,000 because the street is narrow and the stretch is only about 350 meters. And that number is the only allowed by our Disaster management. Actually, we are expecting the starting line will spill over P. del Rosario St.” Ballesteros added

The Cebu City Leg is the 6th  of the 10 scheduled races this year following the July 14 run in Urdaneta, the July 28 elimination in Manila, the August four race in Subic Bay Freeport Zone, the September 15 event in Lucena City and the September 22 competition in Batangas City.

“Our inspiration was the success story of your very own Cebuana Olympian Mary Joy Tabal who is a 6-time Milo Marathon champion. And for the winner of next year, we are coordinating with PATAFA for the calendar of international activities for this year’s National Finals champions. We have already produced around 3.5 million runners since the start of the Milo Marathon in 1974,” Nestle Sports Executive Lester Castillo.

Aside from the press conference that officially launched the run this Sunday, Castillo and Nestle Philippines vice president Willie de Ocampo proceed to the Cebu City Sports Center Gym for the distribution 100 shoes and 80 basketballs to the deserving student-beneficiaries of Camp Lapu-Lapu Elementary School and City Central School.

The “Give A Shoe” is a Milo project that started in 2010 and had already handed out 85,000 pairs of shoes to the underprivileged but deserving students.

Although there is still no record of a successful career path on any of these recipients, a survey conducted in 2015 revealed that the children’s interest in sports had increased dramatically. RCM 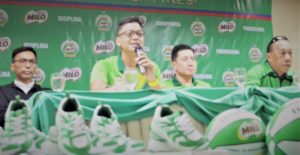 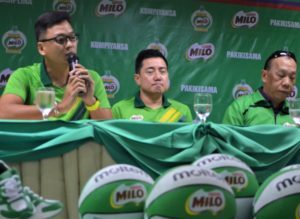 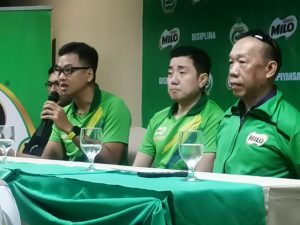 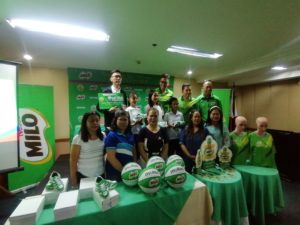 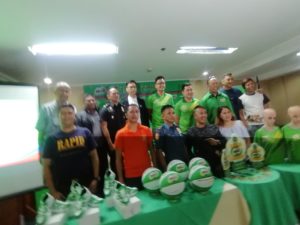 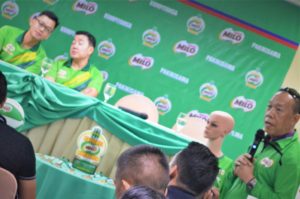