Caitom, who decided to hang up his gloves 13 years ago, has returned home from a successful WBC Asian Boxing Council Continental Minimumweight championship bout in Singapore last Saturday.

“Nilarga ko sa Singapore aron mo trabaho as boxing trainer. Nag-train ko og mga boxers aron himoong champion. Akong nahuna-hunaan nga mo comeback. Ako man gani na pa champion ang akong mga gi-train nganung di man ako,” Caitom said at the lunch with the press today, Sep.30, 2019. (I went to Singapore to work as a boxing trainer. I trained boxers to become champions. That’s where it comes to mind that if I could do it with the other why not me?”

With the continued support given to him by Neil Yong of Unbeatable Boxing and Fitness Gym, Caitom was able to train in the afternoon while doing his works in the morning.

“I did my own program. I trained with the help of some of my students to do punch mitts with me. Basically, I train by myself. But I don’t worry; I know what I’m doing. I went to concentrate on my power punches,” the former 6-time National Amateur champion added.

After his successful bid last December against Silem Sirang of Indonesia by decision, Caitom went to work even harder and defeated Thai journeyman Khachonsack Photong last June via TKO.

Then he won the regional belt last Sep. 28, 2019 after scoring a second-round knockout win against Indonesia Frans Damur Palue , which will catapult him into the top 15 rankings in the WBC 105lbs hierarchy as the former member of the ALA Boys remained unbeaten after 10 fights with 9-0-1, 4KOs record.

“I am grateful to my promoter Arvind Lalwani of Juggernaut Fight Club and to my sponsors AKE International, Neil Yong, TSW Technologies, Cebu’s Panalay Tailoring and my generous clients in SG for helping me. The next thing I will work on is a world championship bout. I will sit down with my promoter and I want it by December,” Caitom added.

Caitom hung his gloves in July 2006 after a draw with Ruel Lagunero in Tagbilaran City, Bohol.

He started working as a trainer with the ALA Gym with Milan Melindo; bros. Mark Gil and Mark Jayson Melligen before he was hired to train fitness and upcoming fighters in Singapore. RCM 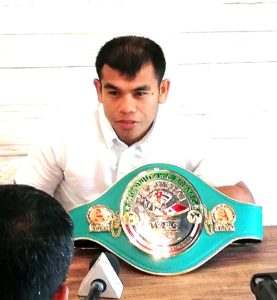 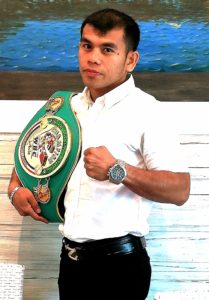 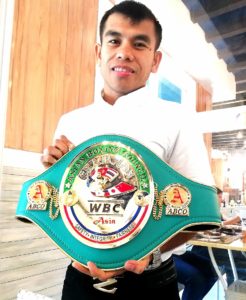