Heart-stopping, remarkable, real – these are some of the words to describe “Pandanggo Sa Hukay.” A suspense-drama film about how a woman’s typical day drastically changed and became a series of unfortunate events. This film was an official entry to the 2019 Cinemalaya Philippine Independent Film Festival.

It follows the story of Elena, a midwife from a rurban area in Cavite who, like many Filipinos, believes that she could give her family a better life if she can work overseas. 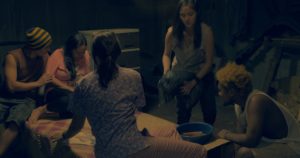 Until this one fateful night before her much-awaited interview, things turned upside down for Elena as she was kidnapped and found herself trapped in a series of misfortunes which jeopardizes her plans for her family and her lifelong dream to work abroad. A life of struggle and trials, and how would Elena be able to dance away from it all is what the story is all about.

It stars Iza Calzado, an actress known to be an expert in her craft and proved it by earning herself several “best actress” awards, including one from Cinemalaya last 2012. For this film, she had to undergo immersion, went to a maternity clinic, and learned some basics about being a midwife. She also took a crash course on midwifery at the University of Sto. Tomas (UST) to further get into her role. 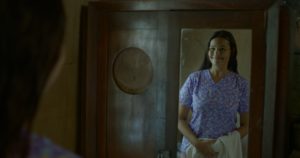 A documentary filmmaker all her life, this is Sheryl Rose Andes’ first directorial full-length feature and also her Cinemalaya debut. This film was written by Adrian Legaspi, a Palanca awardee for his novel “Ang Pag-Ikot ng Salapi sa Panahon ni JLC.”

This October, moviegoers will finally get to experience how to dance with life and all its battles as VIVA Films brings “Pandanggo Sa Hukay” on cinemas, showing this October 9, 2019. (PR)