The two Cebuanas are among the hundreds of Filipino athletes who are seeking glory in their biennial event that has been rocked by controversies and issues.

For Mary Joy, the winner of the 42K race in Malaysia in 2017, winning the gold medal in the Women’s Full Marathon is expected while for the 16-year old Dadai, a podium finish would be a ladder to become a full-time member of the national team.

But, the country’s Marathon Queen is human after all.

Despite the many battles she had competed, despite the competitions, she had won and despite being the defending gold medallist to this event, the amiable former sprinter from Guba, Cebu City still felt pre-competition jitters.

“At this moment, I felt nervous already. I am anxious that I could not deliver what was expected from me. Kulba na gyud kaayo,” the 30-year old Tabal told iNews.Ph.

She had familiarized the route which she described as very challenging. But what concerned her was the time of the race.

“It’s like Rio (2016 Olympics) all over again. By the time we will hit the road, it will be scorching hot already. Unlike in Malaysia, it was still dark when the race started. Here at 6:30 AM it is already hot. We expected to finish by 9 AM you can just imagine how hot a 9 AM nowadays is,” Tabal added.

In Rio, the full marathon started at 8 AM and Tabal and her team were not prepared with her rehydration plans. Her sheer determination enables her to finish the race in spite of the cramps she had felt in the last five kilometers of the race.

In Malaysia, she had preserved herself well on her way to win the gold medal nearly uncontested.

“I hope I can duplicate my feat in 2017 by winning the gold medal. I had a complete training regimen. I had sacrificed a lot for this (SEA Games competition) and I hope nothing serious will happen during the race,” added the 6-time Milo Marathon winner.

Although her ultimate plan is to qualify for the Tokyo Olympics next year, Tabal is not letting up on her desire to win the gold medal for the country.

“I will give my best. Hard training ko sa Japan for eight months para aning SEA Games ug sa Olympics Qualifying. I will not frustrate the Filipino people and our sports officials who went through a lot of criticism because of this hosting,” Tabal concluded.

Dela Pisa meanwhile, an upstart gymnast is trying to make the best out of her first appearance in the SEA Games. For she knows her athletic career solely defends on her performance on Dec. 7.

Just like Tabal, Dela Pisa sacrificed being away from her family to train abroad for this event.

Her latest gold medal was won during the Liptov Cup 2019 in Slovakia.

She is now under the tutelage of Hungarian 2-time Olympian Dora Vass who continued her development into an international caliber gymnast in a span of four months.

Dela Pisa’s mother, Darlene, honed her from childhood to winning four gold medals at the Palarong Pambansa in 2018 in Vigan City.

Just like Tabal, Dadai is also feeling the pre-competition jitters, but being a rookie and playing for the country at her home floor, the young Dela Pisa is optimistic for her future.

She is set to compete in the Hoops, Ball, Clubs and Ribbon and All-Around competitions on Dec. 7 at the Rizal Coliseum.

Dela Pisa is one of the four gymnasts from the Philippines who will be competing against their counterparts from Malaysia, Thailand, Singapore, Vietnam and Indonesia.

From Hungary, Dela Pisa and Vass flew to Malaysia for the final phase of their preparation. She is expected to arrive today in time for the start of the gymnastics competition./RCM 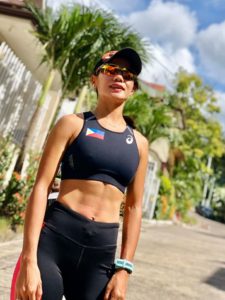 DHSUD 7 TO TRANSFER TO ADG IT CENTER

KILLING THE SOUL: WHEN I GAVE UP ON GOD