George Floyd was a victim of police brutality. The world is in uproar and demand change in the system! But is brutality in the police force in many parts of the world isolated cases? Or are they “sanctioned”? An “open secret” perhaps? What about those “suspects” who we silently see as “deserving” of some sort of punishment? What if they are minors?

When I was detained in a Manila Police Station for drug possession during the 90’s, this is what I witnessed:

While negotiating for a “settlement” from my captors who wanted to blackmail me, threatening to change my case from “possession” to “pushing” I was kept inside the cell along with a rapist, accused murderer, and petty thieves while wearing a coat and tie. (Coming from the posh Subway disco)

While lying on the dirty floor, a cop brings in 3 street kids high on “solvent”. The kids were cursing and fighting back and to my shock the cop smacks their faces and kicks one of them. They now begin to cry! I talked to another cop watching and said “chief… kawawa naman mga bata!” Wherein to my surprise he answered “wag kang madala sa awa, manhid na mga yan, acting lang yan. Maya-maya palalabasin din mga bwiset na yan” and true enough when the cops left they exploded in laughter as if to taunt their captors. (I now recall not seeing any tears)… It was all like a game to them.

It didn’t take long, they were released to my envy. Then late in the afternoon one of the 3 was again “checked-in” for snatching an Australian tourist’s silver necklace in Luneta, the same routine ensued. 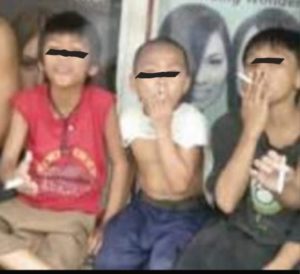 Now that we are “normalizing” from lockdowns, we can expect these kids to be on the streets again. What do we do with these criminal minors? They will once again be all over the news committing crimes! Syndicates or even their own parents use them because our “child-protection” law forbids jailing them since they are minors. Minors who steal, use drugs, rape, vandalize and sometimes kill. They are clearly a threat to society. And the equally liable parents. Where are they? Most likely just around the corners waiting. Many of them are the “masterminds”! 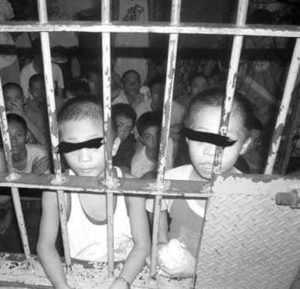 It should not continue this way. Honest, law-abiding citizens are being victimized everyday, everywhere.

*Disclaimer:
The photos are not mine and were taken from the internet.

** Disclaimer:
This is not to insinuate that the incident which I witnessed is “standard procedure” for our local police. I do believe the majority of today’s Philippine National Police follow guidelines and protocol.