“We are hoping restrictions ease up by June, by then we are ready to fly to Japan to face Inoue for the IBF title,” says Art Monis, manager/handler of Michael Dasmarinas, who has been the long-standing mandatory challenger for the IBF bantamweight title that Naoya Inoue holds. Dasmarinas, who is nicknamed Hot and Spicy, being a native of Pili, Camarines Sur of Bicol Region, the known seat of spiciest delicacies in the country. He gained the mandatory status by beating Cebu’s own Kenny Demecillo by unanimous decision in a slam-bang affair at the Resorts World Manila last Mar 23, 2019. While waiting for his title fight, Dasmarinas faced and won over Thai Artid Bamrungauea via TKO5 in a stay-busy fight last Oct 2019.

Monster Inoue on the other hand has had 2 big-time fights since wresting the IBF diadem from erstwhile unbeaten champion Emmanuel Rodriguez in 2019. He bludgeoned Rodriguez in 2. Naoya next faced our very own Nonito Donaire in a fight of the year winner last Nov 2019. He went thru a tough test in that fight before prevailing via a UD win. On his last fight against Australian Maloney, many pundits thought he was ordinary in winning over Maloney. Some say he was “exposed” by Donaire and that he isn’t that invincible after all.

Art Monis further revealed in our conversation yesterday that the youthful and ever-supportive governor of Camarines Sur, Gov. Miguel Luis “Migz” R. Villafuerte, have called them and asked what needs still to be provided in Dasmarinas’ preparation for this mega fight. Gov. Migz and the whole province of Camarines Sur is behind Dasmarinas in this quest. Dasmarinas is a product of the province’s boxing program which also produced the likes of Al Sabaupan and the current WBF International Flyweight Champion Michael Mendoza, among others.

Can the Pinoy pull an upset come April? He has a fighting chance. Michael is heavy-handed and being that he always has that live chance of pulling an upset. Naoya Inoue’s last two fights prove that he is human after all – can be hit and can be stunned. Lets’s hope Michael lands one of his money punches and that Inoue won’t be able to take it. Of course, that’s the best scenario. This writer, being a kababayan, wishes him the best. Balbagan mo noy! 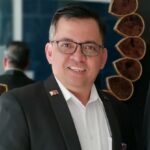